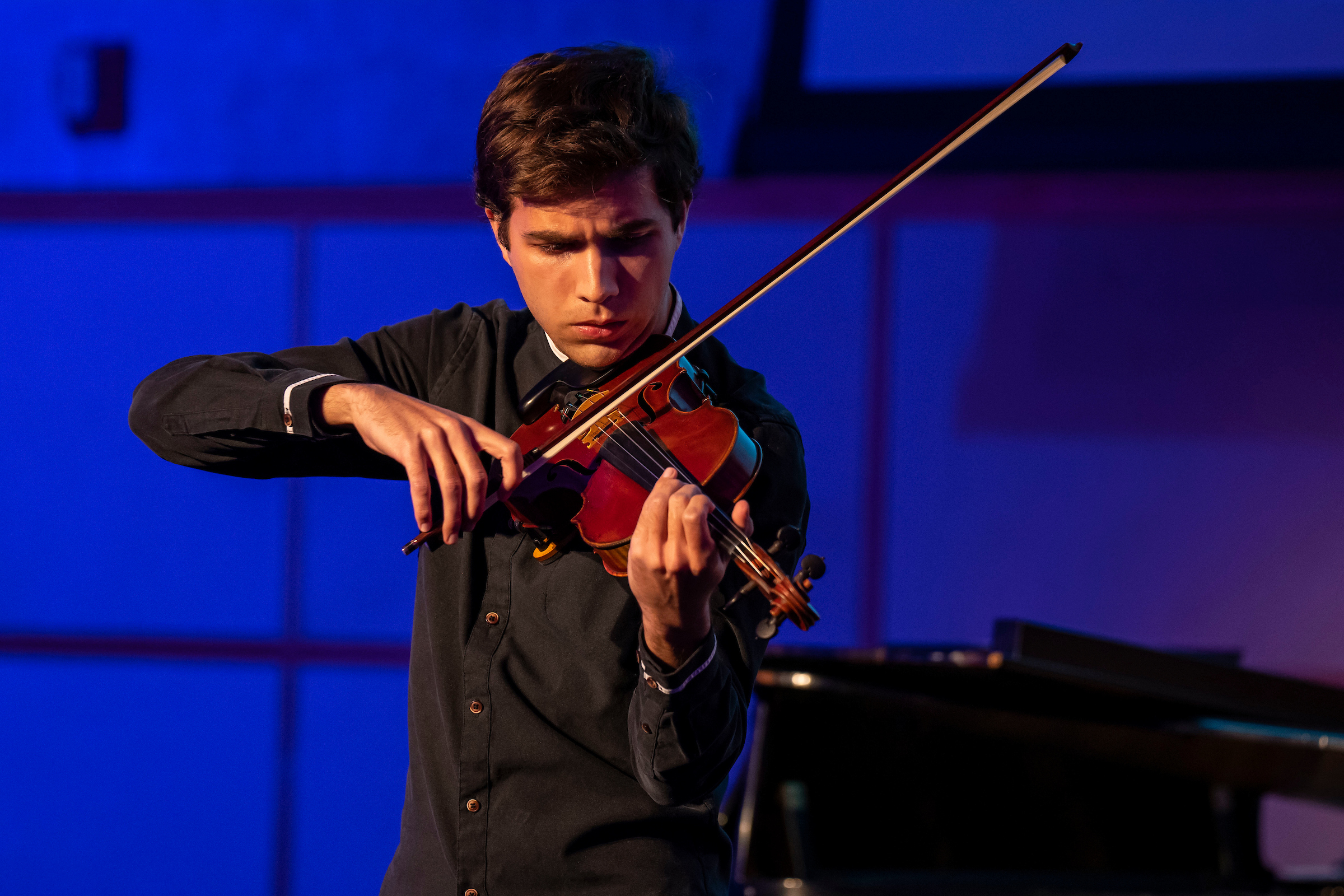 Here’s the ending of one of my favorite pieces,

The ending of a cadenza I wrote for the second mov

The ending of Paganini’s Variations on Nel cor p

Sameer Agrawal is a Merit Fellow at the Academy of the Music Institute of Chicago, a pre-college training program for advanced string and piano students. He currently studies with Sang Mee Lee, and began studying violin at age 5 with Suzuki teacher Debbie Crosser. He is also a Fellow of the Chicago Musical Pathways Initiative, a mentorship and scholarship program for underrepresented groups in classical music.

He has appeared multiple times on WFMT's Introductions, a radio program highlighting young classical musicians, and was spotlighted on From the Top's Daily Joy. Sameer recently performed on the Young Steinway Concert Series, was the featured soloist on the Stars of Tomorrow series, and has performed at Make Music Chicago, the Thirsty Ears Classical Street Music Festival, ConnectD concert series, and pre-concert performances at Symphony Center. This fall he will be presenting a full live studio recital for Introductions.

Sameer currently plays in a piano trio at MIC Academy. Previous chamber music activities include prizes at the Chicago National Chamber Music Competition, quarterfinalist at Fischoff, and performances at the MIC Gala and on WFMT Introductions. He also performs with the CMPI String Quartet, which recently performed on a Chicago Symphony Orchestra Salon Series, performed pre-concert recitals at Symphony Center, and played a full recital on WFMT's Anniversary Special. He has performed in other chamber music groups at the Music Institute of Chicago, Chicago Chamber Music Festival, Chicago Youth Symphony Orchestras, and Chicago Public Schools.

Other musical interests include studying viola and piano, where he has achieved numerous superior ratings, as well as top ratings in Music Theory and Ear Training. He enjoys composing chamber and symphonic music.